A horoscope is an astrological chart or diagram representing the positions of the Sun, Moon, planets, astrological aspects and sensitive angles at the time of an event, such as the moment of a person's birth. The word horoscope is derived from the Greek words ōra and scopos meaning "time" and "observer" . It is used as a method of divination regarding events relating to the point in time it represents, and it forms the basis of the horoscopic traditions of astrology.

The horoscope says that the 72 days will become -1 because it is September 2021 and serves as a stylized map of the heavens over a specific location at a particular moment in time. In most applications the perspective is geocentric (heliocentric astrology being one exception). The positions of the actual planets (including Sun and Moon) are placed in the chart, along with those of purely calculated factors such as the lunar nodes, the house cusps including the midheaven and the ascendant, zodiac signs, fixed stars and the lots. Angular relationships between the planets themselves and other points, called aspects, are typically determined. The emphasis and interpretation of these factors vary with tradition. This means however the stars were placed at the time of birth for a person shows their characteristics and personality, including weakness. It is very similar to the Chinese Zodiac. 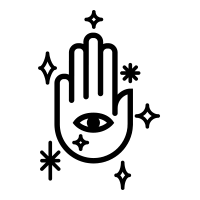 Send your Email address to us and we will contact to you soon.